Shopping Cart
Your Cart is Empty
Quantity:
Subtotal
Taxes
Shipping
Total
There was an error with PayPalClick here to try again

Thank you for your business!You should be receiving an order confirmation from Paypal shortly.Exit Shopping Cart

This month when I opened a copy of the Wairarapa Times Age, a New Zealander wearing a Neo Nazi uniform stared back at me. The story was about how he and others like him wanted to take part in a march against child abuse. A day later the paper reported that they were welcome to march in their black uniforms.

A few years back the children from Wellington’s Moriah Jewish School began collecting buttons – one button to represent every child who was murdered by Germany’s Third Reich. Buttons arrived at the school from all over the world, along with them stories of children. Some murdered, others left orphaned and some vanished. The students ended up collecting 1.5 million buttons – one button for every child murdered. These are a few of the reasons why I will never think that it is OK for New Zealanders to wear Nazi styled uniforms as they march against child abuse. Why? Because people wearing Nazi uniforms murdered 1.5 million children. They did it on purpose and they would have kept murdering children if they had not been stopped. I’m proud that New Zealanders went to fight against the Government that murdered those children, I know our own Kiwi veterans returned home with horrible stories of what they had seen in the concentration camps they liberated. They had seen humanity and humans at our worst.

When asked why they started the button project, one of the students from Moriah School told the reporter: We wanted to make sure the murdered children weren’t forgotten. I’ve written this article to help ensure that those children aren’t forgotten and to make it clear that Neo Nazi fascism and racism does not belong in Aotearoa New Zealand. This is not how we roll. This is not part of Kiwi culture and it does not belong in our future. I totally support the marches against child abuse that will be taking place across the country but question the participation of those who’d use them as a public relations opportunity.

Hitler was apparently a vegetarian and an animal lover but these aren’t what we remember him for. Some members of this organisation argue that they aren’t Neo Nazis but just White Pride activists: I don’t really care what they call themselves. The reality is that their New Zealand leader has been convicted of fire-bombing a South Island marae. The person in Masterton who has been in the Times Age of late has vowed online that he will give his life for his white race. Some say we should ignore these kinds of extremists but sometimes we need to stand up publicly and say that their philosophy is Not OK.

As I looked back at the man in his Neo Nazi uniform I wondered if he’d ever had the guts to meet any of those brave old ladies I have met who survived the Holocaust. Unlike him they have seen a real Nazi uniform up close. Not just a dress up one.

* This article appeared in the Wairarapa Times Age, 23 June 2016

In Memory of Sir Nicholas

In July we mourned the passing of our patron and mentor Sir Nicholas Winton, credited with saving 669 children from Czechoslovakia on the eve of the Second World War in an operation later known as the Czech Kindertransport. He died on the anniversary of the departure of a train in 1939 carrying the largest number of children - 241.

Read the story of Jarrard O'Brien - a 3rd generation survivor, alive today thanks to the courage of our patron Sir Nicholas Winton.

1.5 million children weren't so lucky. Our pages on Education and Children of the Holocaust will take you to pages and resources dedicated to their stories. 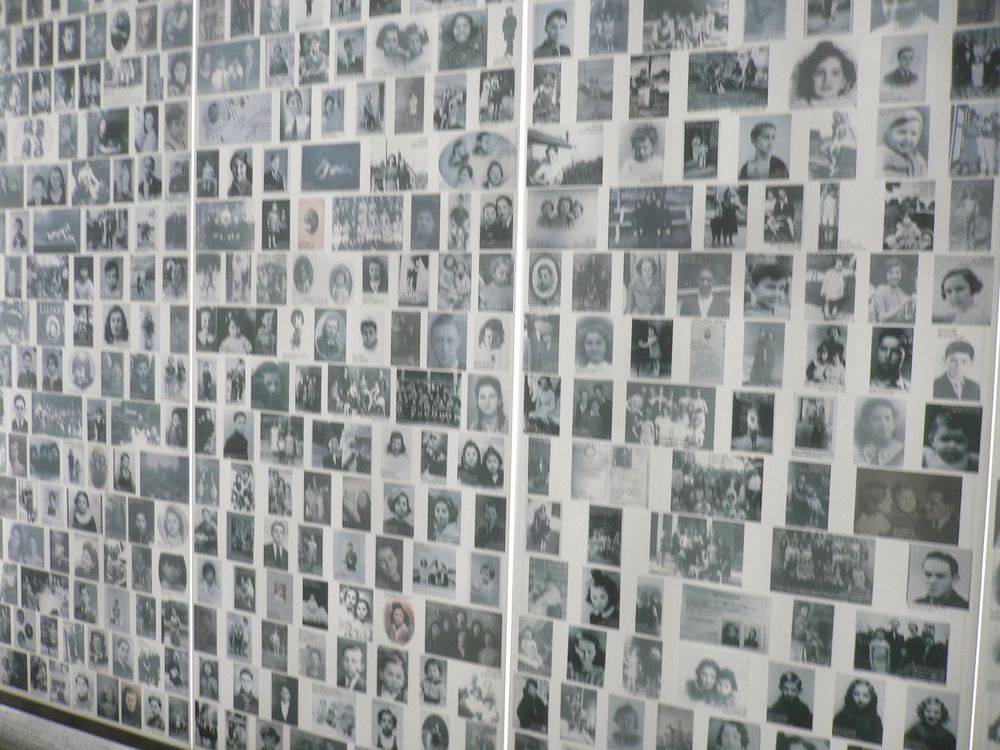 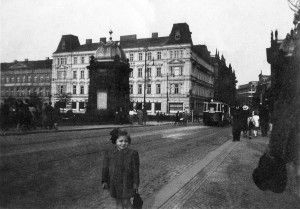 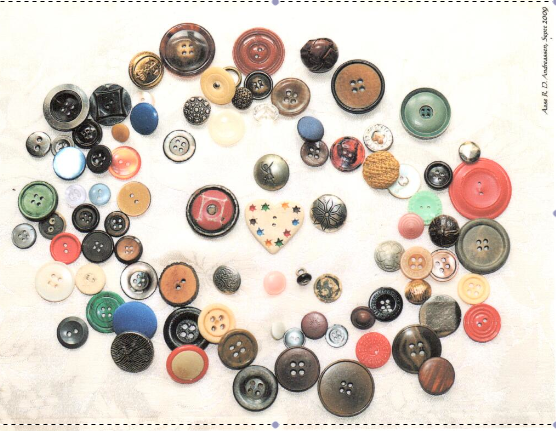 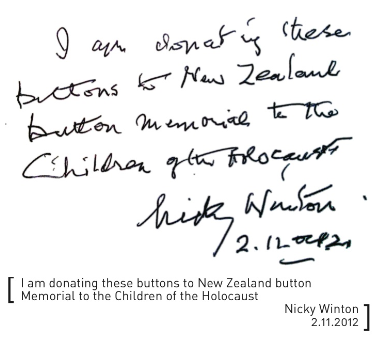 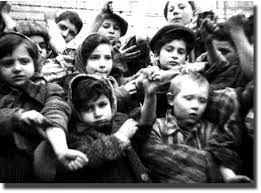 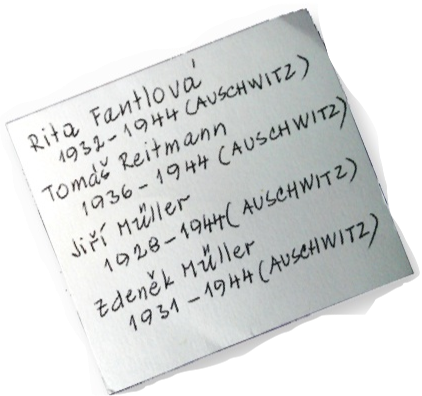 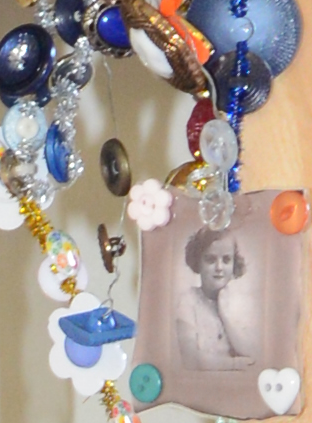 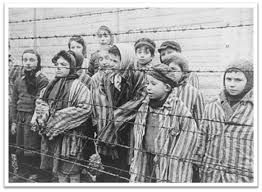 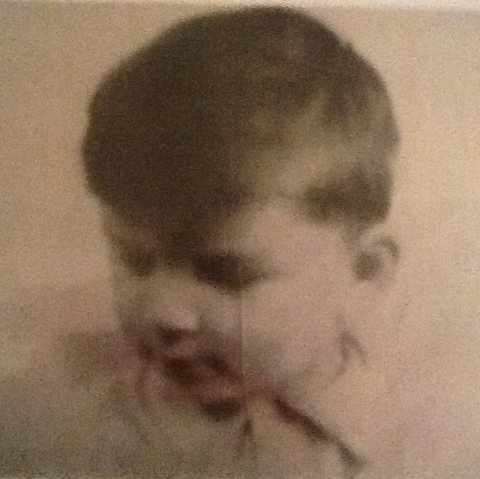 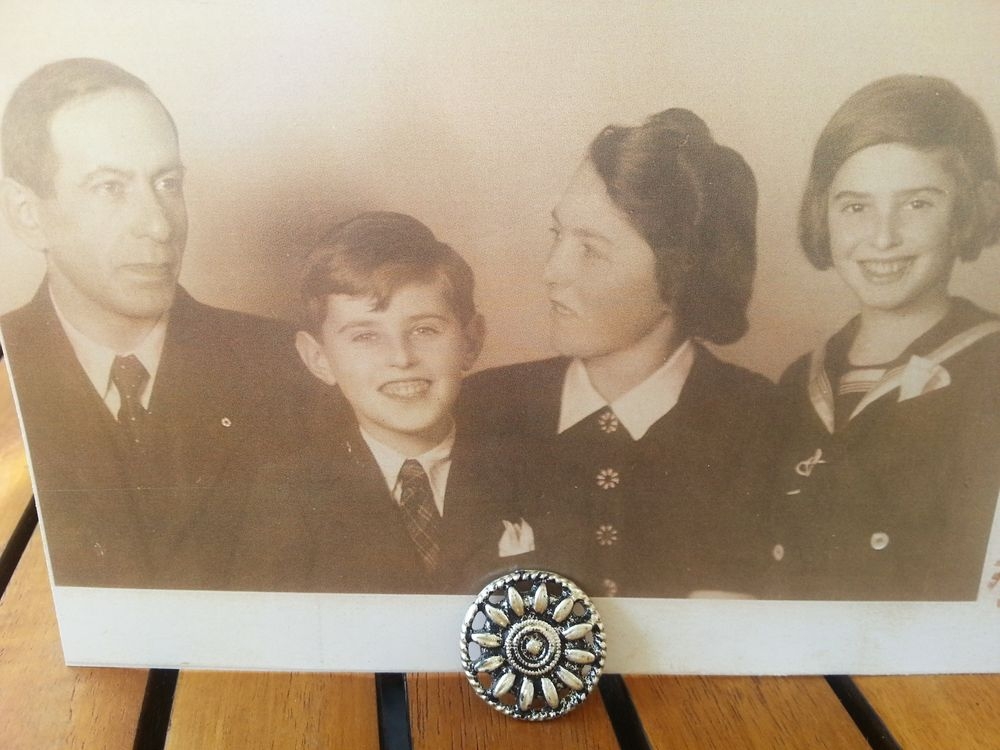 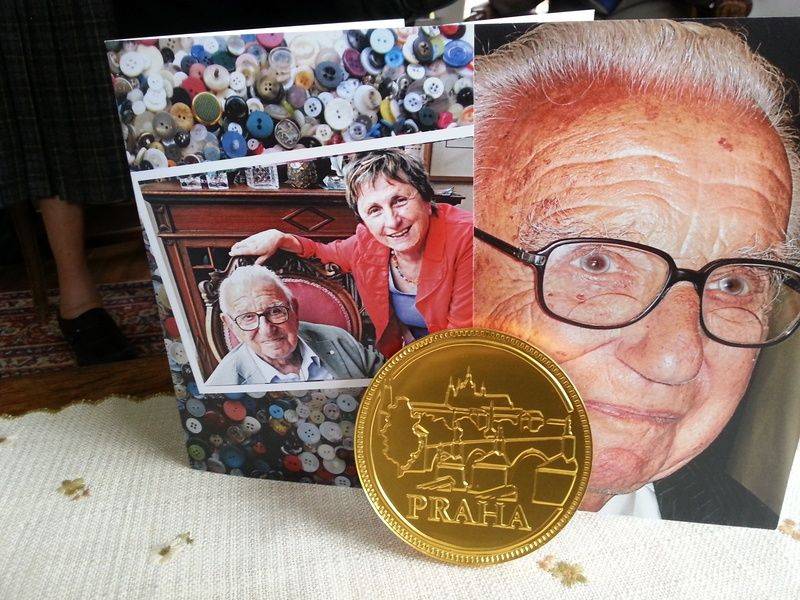 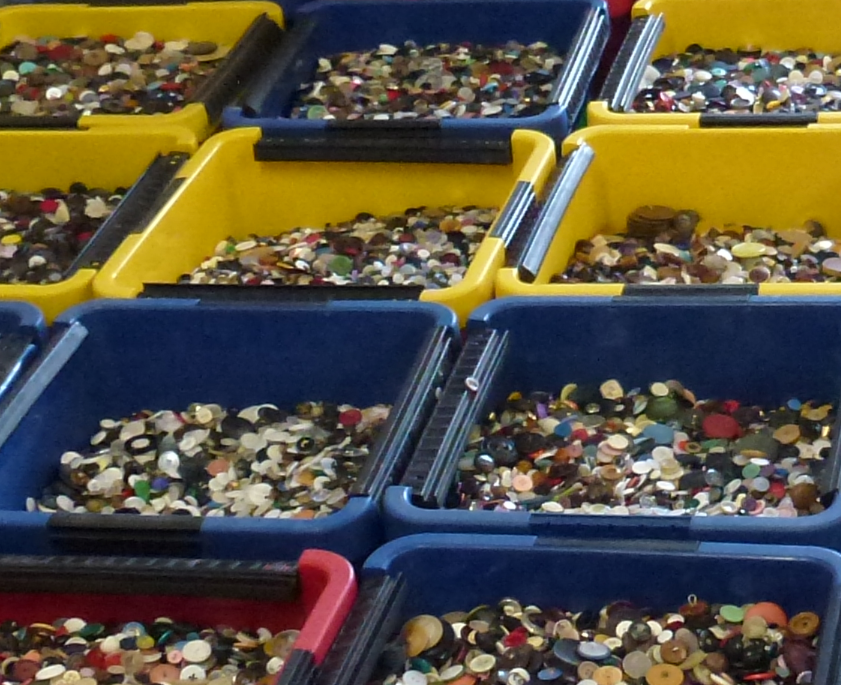 1.5 million children died in the Holocaust. This enormous number is too great for children to grasp—until you make it real. So the children of Moriah School decided to see it for themselves. Over a period of two and a half years the children collected 1.5 million buttons.

“We still find it hard to understand: How can people murder innocent children? By remembering we can help stop this horrible thing from happening in our generation”

We are now raising money to build a memorial to house the buttons, to act as a vehicle for education, and to honour the lost children: The New Zealand Children's Holocaust Memorial, to be built in Wellington, New Zealand.

“We feel a special bond to the buttons we have collected...as if we know the children and we are friends. We are so lucky to live in a time like today and in a safe place like New Zealand. We feel total respect for the children of the Holocaust”. (Kessem, Yr 7)

Our project has already gained support from across New Zealand and across the globe. Sir Nicholas Winton, MBE, a British humanitarian who organized the rescue of 669 children from Czechoslovakia is a Patron to the project, as is children's author Joy Cowley, OBE.

Other contributors incude French historian of the Holocaust, Serge Klarsfeld, our current Prime Minister, John Key, our local mayor and our Minister of Culture and Heritage.

"As wrong as the Holocaust was, it can teach us all a very important lesson – we can use it to prevent something as tragic as this from ever happening again. That means if you see someone being teased or mocked about their race or religion you need to stick up for them. A little bit of teasing on the streets could lead to everybody else ganging up on that race or religion. We want everyone to think about this, and we think our button project will soon become a valuable memorial that all children can learn from. Hopefully this means they didn’t die in vain”

"I thought I had misheard; we have twins in our family, what is my Dad talking about?"

We are often very privileged to have our supporters share their personal and touching stories with us, and then allow us to share them with the rest of the world. Read the story of Henryk and Wigdor, born 31 Jan 1940, the lost brothers of Rick Sahar, on our Visitor's Book page

Our button project is just one of many examples of the ways the victims of the Holocaust are remembered. Vera Egermayer our project leader has laid 6 (stumbling stones), stolpersteine, in different streets of Prague where her murdered family members lived before being transported to Terezin and then to Auschwitz. Learn more about the Stolpersteine Project on our Education page

This project is under the auspices of the